Quietly shouting in a world of noise – exposing a nerve. 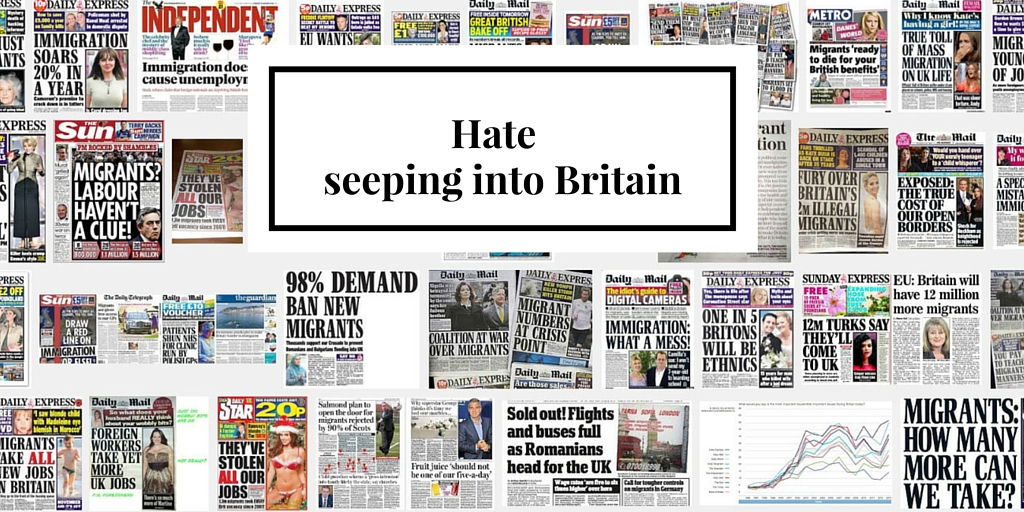 Rewind to the 70s; and as a society in Britain we were a pretty narrow-minded society. A quick look at the TV then; Mind your language, Benny Hill, On the Buses, the types of programmes that poked fun at foreigners, women and homosexuality were the most popular on TV. Of course if you were one of those people, you just had to accept the ‘fun’ as the way things were, ‘just get over it’.

Things then started to change, and for the last 40 odd years as a society we have worked hard to make it unacceptable to poke fun at those groups any more. The phrase ‘politically correct’ getting used more and more. Did those beliefs really go away though? or did it just become unacceptable to express them? The new insult to use was homophobe, bigot, racist. It started to be brought into law that these people were not allowed to be discriminated against. In many cases the pendulum started to swing the other way.  Now it was okay to have minority groups reclaiming their ‘insults’ and turning them positive. But only if they used them. If you were gay you could say ‘queer’, if you were black you could say ‘nigger’, times were changing. Women had equal right, people of colour were not allowed to be discriminated against and homosexuality became acceptable and celebrated, it was ok to love who you wanted and eventually to be allowed to marry your partner of choice.

But… did those original feelings really go away? Or were those voices just silenced? Did those attitudes completely change? did those who believed homosexuality was wrong suddenly accept it was fine? Did those who felt women were inferior and could never hold down a proper job really accept that they actually could? Did the whole of society really finally accept that no matter what your skin colour you were as equally important as they were? It seems not.

There are still a lot of people who think homosexuality is disgusting, some who believe all gays are also closet paedophiles, who think women are inferior to men and who think non whites and foreigners are less valuable in society to Brits. This continues to those who are here and are British but not white.  Try calling anyone out on it and they’ll always say ‘but I have a relative / friend who is gay or black and he’s great’.

In the last 10 years or so with the advent of social media, people have started to be able to express themselves a little more freely (albeit often anonymously). Anyone can make an anonymous profile and join a platform and have a voice. It is now possible to spout the most outrageous things and find other like-minded voices. It is possible to find others who also feel repressed, but finally liberated at being able to freely express themselves and say whatever (often factually completely false) statement they feel like.

Then you have the ‘celebrity’ spouters, the ones who try to be as outrageous as possible to get noticed. Or the Newspaper headliners, the click baiters who will craft their headline in order to get as many clicks as they can, often giving a completely false impression of the what the article factually says. These are often the mouthpieces for opinion forming. Those who previously didn’t have a voice suddenly find what they think is acceptable. And what they think is acceptable to say can be a little scary. Here’s a small selection:

“Next time you hear someone say we are safer IN the EU – remember Brussels. Seen as the heart of Europe, it is now jihadi central. #brexit Katie Hopkins

“How can you separate the human from the political. Merkel – and her ilk – blew up Brussels. #brexit” Katie Hopkins

“These migrants are like cockroaches. They might look a bit ‘Bob Geldof’s Ethiopia circa 1984’, but they are built to survive a nuclear bomb.”Katie Hopkins

UN High commissioner for human rights Jordanian Zeid Ra’ad Al Hussein likened the language used by Katie Hopkins to the language used by the media in Rwanda prior to the genocide of 1994 where hundred of thousands of people were viciously murdered. He urged the UK authorities to clamp down on the “vicious verbal assault on migrants and asylum seekers in the UK tabloid press”.  He further likened the language to that used by the Nazis;  “The Nazi media described people their masters wanted to eliminate as rats and cockroaches. This type of language is clearly inflammatory and unacceptable, especially in a national newspaper.(Huffington Post)

However – she is still doing it.

UKIP leader Nigel Farage has said the EU was “mad” to accept so many refugees and claimed “Isis are using this route to put jihadists on European soil”.

‘… a bunch of migrants in Calais’ David Cameron

‘You have got a swarm of people coming across the Mediterranean, seeking a better life…’ David Cameron

I don’t believe Katy Hopkins is intrinsically evil, I just think she is fame hungry.  I originally defended David Cameron’s ‘swarm’ comment, but have since realised that he knows the value of everything he is saying.  But when someone who has felt unheard for so long constantly sees well-known people saying such things, why wouldn’t they give credence to those thoughts. And when you look at these comments; refugees are: swarms, are cockroaches, are jihadists, are potential terrorists, then that thought sticks. It then gets repeated ad nauseum in the far right forums and twitter, it becomes fact. Repeat a half truth often enough and it becomes fact.

Where has this type of behaviour been seen before? Just before WWII, Just before the holocaust, when Jews were ‘parasites and vermin’

Add to this the headline makers in the paper (picture at top) and you now have a society where it is ok to say the vilest of things about people. It is ok to dehumanise groups of people. Call them animals, insects etc, well it’s ok to stamp on insects isn’t it?

Are those headlines really not inciting hatred?

So, this is my small way of speaking out, because if we don’t start making a really big stand against this – we all know where this leads, and we said it would never happen again.

First they came for the Socialists, and I did not speak out—
Because I was not a Socialist.

Then they came for the Trade Unionists, and I did not speak out—

Because I was not a Trade Unionist.

Then they came for the Jews, and I did not speak out—

Because I was not a Jew.

Then they came for me—and there was no one left to speak for me.

I'm a blogger, some time journalist and writer; quietly confronting the frustrations and challenges in a world of confusion, apathy and facades. I generally write about the world in general, women's stuff, work and all those other things that drive us nuts.

One thought on “Hate seeping into Britain”

Everything starts with a thought 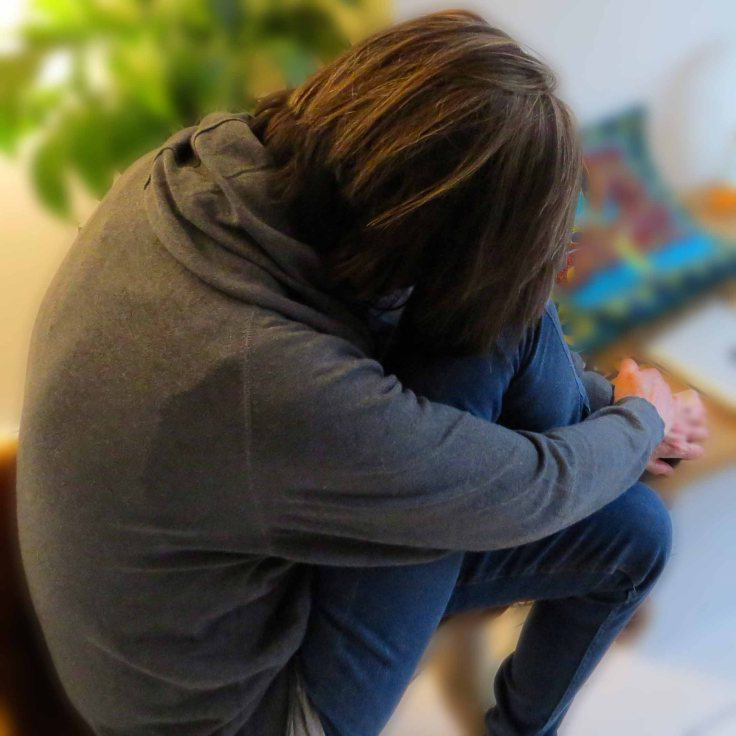 Blogger and Journo, writing for the last 15 years. Starting a new journey as life brings change and light. Welcome to the site and please feel free to comment.